Good to see you m8

It was first announced on May 19th, 2022, that AddPro would join the itm8 ecosystem - and on the 6th of October, it became official. Introducing AddPro’s capabilities within business solutions, data warehouse, and automation to the itm8 ecosystem will level up the quality and availability of digital services for Nordic businesses, aiming to modernize and transform the way they do business.

-AddPro is a perfect addition to the itm8 family. Joining forces elevates our collective capabilities and expands our offering. We’ve been joined by exceptionally qualified and professional new specialists and colleagues in AddPro, who’ll add tremendous new value to our customers, and we’re happy to officially welcome them to the family, says Henrik Kastbjerg, Group CEO, itm8.

As AddPro officially joins the itm8-ecosystem, itm8’s updated ownership structure has also been confirmed. As of October 5th, 2022, Axcel Management supported by Chr. Augustinus Fabrikker has become the new majority stakeholder in itm8. Their strong focus on Danish values and aspiration to elevate business is a superb match for the future ambitions of itm8.

The two Danish investors replace British private equity firm Hg as majority owners, backed by a long list of minority owners, among management end employees throughout itm8. The table is now set for accelerated growth and a renewed focus on delivering high-quality transformational services to customers all over northern Europe.

-  The addition of AddPro gives us a strong foothold in Sweden, and our new partners in Axcel and Chr. Augustinus Fabrikker matches our ambitions for growth and further expansion. Together we are in a strong position to help companies in northern Europe transform the way they do business, says Henrik Kastbjerg, Group CEO, itm8.

About itm8
itm8 is a leading Danish provider of digital transformation services to private organizations and public institutions. itm8 is represented in Denmark, Sweden the Philippines, and The Czech Republic, and is primarily focused on the five business areas of Cloud Services/IT Operations, Digital Transformation, Application Services, ERP, and Cyber Security. Itm8 has more than 1700 employees. 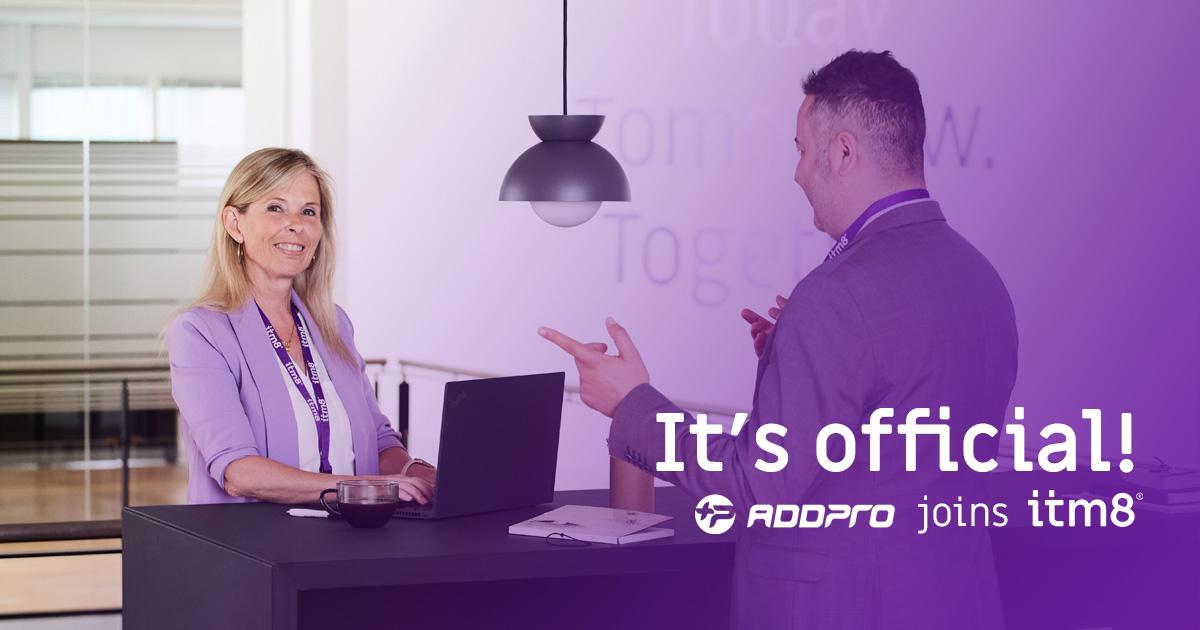 check_circle Added to your cart

Shop videre Gå til kurv
Back